Coming up this week is one of my favorite astronomical events of the year: the Perseid meteor shower. Hundreds or thousands of meteors will streak across the sky on the most active nights. In a typical year you can expect to see about 80 meteors per hour during the peak. But this year NASA is predicting an outburst and rates could easily be double that amount. The only way to know for sure what will happen is to watch for yourself. 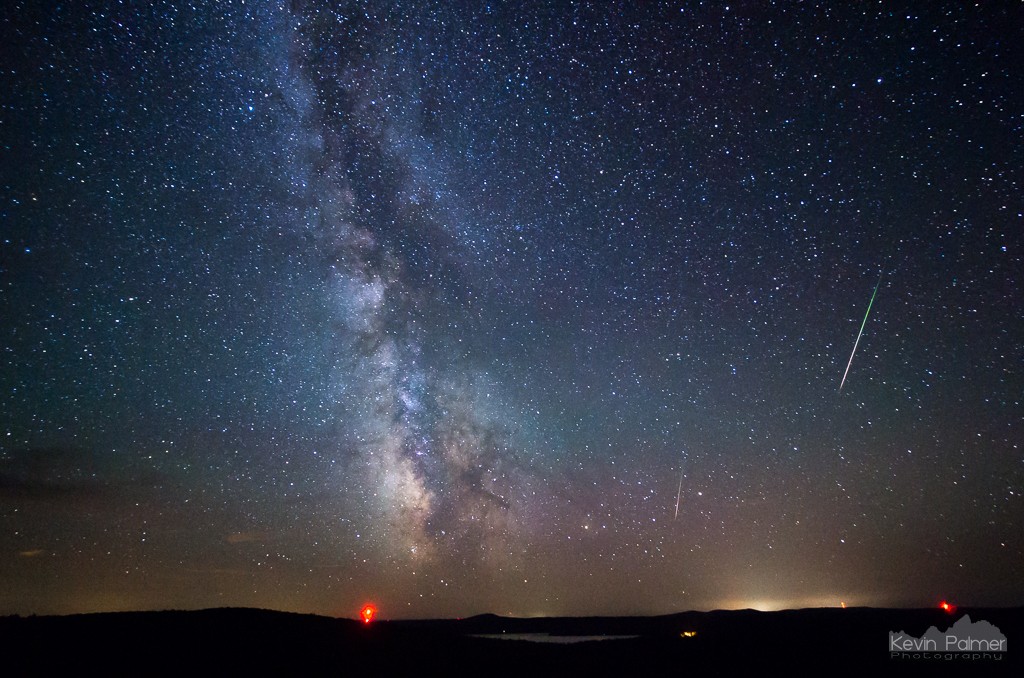 August is one of the best months for stargazing because there is typically clear and warm weather across most of the northern hemisphere. From a city, light pollution will drown out all but the brightest meteors. So to see the most meteors, you will want to go somewhere dark. Use this map to find a dark observing location near you. I recommend a green zone or darker. Look for a place that has a clear view of the sky without too many trees. Avoid places where you may have headlights or streetlights shining in your eyes. 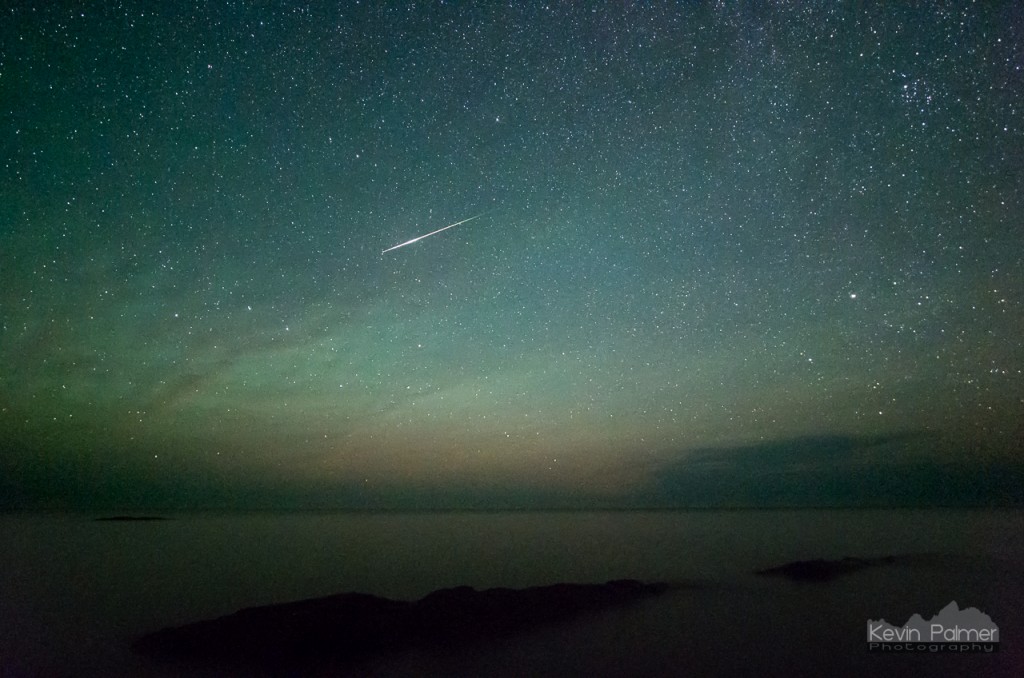 This fireball meteor left a vapor trail above Lake Superior in Michigan.

The peak of the meteor shower is expected early Friday morning on August 12th. This year the waxing gibbous moon will set at about 1AM. Before that, the bright moon will hide the majority of the meteors. But with most meteor showers, they are more active in the early morning hours anyway compared to the evening. After 1AM the sky will be dark leaving around 3 good hours (depending on your latitude) for meteor watching before morning twilight kicks in. If you can’t make it out at that time (or if 1 night isn’t enough), then the mornings before and after the peak should be decent as well. The numbers won’t be as high, but there may still be surprises, like a bright fireball. Subtract about 40 minutes for the moonset if viewing on Thursday morning, and add about 40 minutes if viewing on Saturday morning. Use this website to find the exact moonset and twilight times for your location. 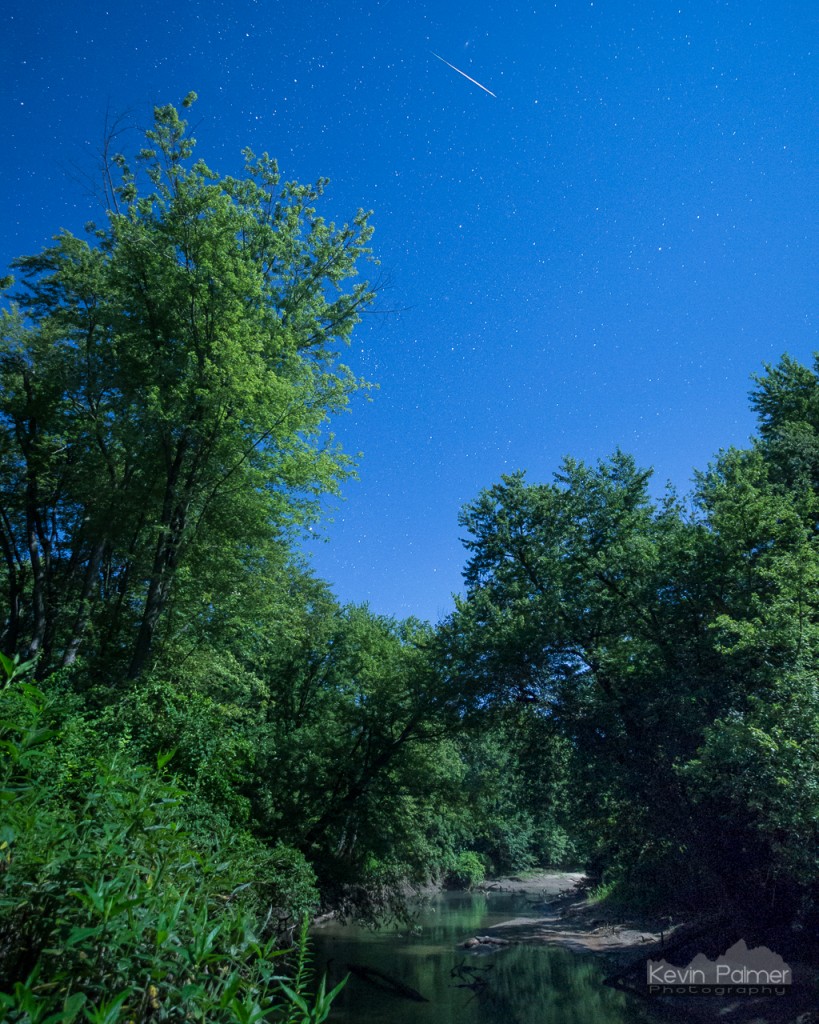 In 2014, bright moonlight made the majority of the Perseid meteors invisible above Salt Creek in Illinois.

The Perseids are given their name because if you trace back their trail they seem to radiate outward from the constellation Perseus. But you don’t need to know where Perseus is to enjoy watching since meteors can appear anywhere in the sky. The numbers of meteors actually observed will usually be less than the rates predicted. That’s because astronomers use a Zenithal Hourly Rate (ZHR) which assumes perfect conditions with the radiant overhead at the zenith. To maximize the amount of meteors you’ll see you should let your eyes adapt to the darkness so you can see the dimmer stars and meteors. This can take up to 15 minutes. Flashlights, car headlights, and phone screens can ruin your night vision. Use a red flashlight if you need a light but still want to preserve your night vision.

If you have a beach chair that reclines then use it so you can lean back to take in as much sky as possible. Otherwise you may want to lie on a blanket. The meteors often will come in spurts. Sometimes you will go 10 minutes without seeing one, and then you will suddenly see 3 in 10 seconds. Some of the most memorable meteors will be the fireballs or bolides. These can be extremely bright, lighting up the landscape, breaking into pieces, and often leave behind a vapor trail after they burn up. But these are random and unpredictable.  You may want to to bring some coffee or an energy drink to help you stay awake. Also don’t forget to bring warm clothing since it will feel much cooler than you expect when you’re not moving very much. 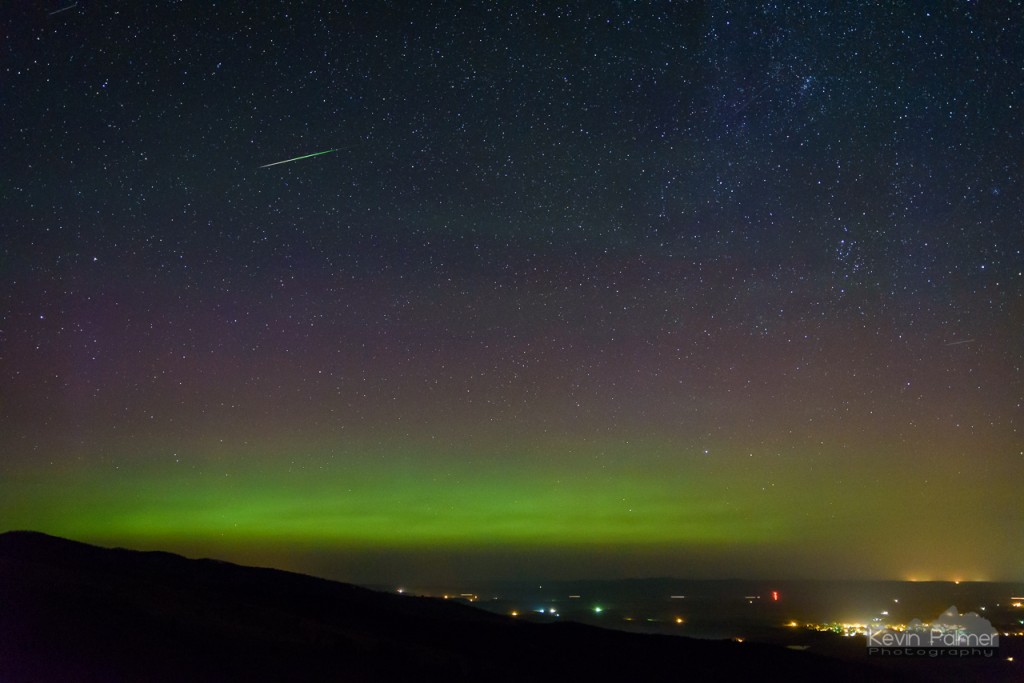 On 8/3/2016, an early Perseid meteor coincided with an appearance of the northern lights above Dayton, WY.

This is just a very basic guide to photographing a meteor shower.

Previous Post: How To See the Milky Way
Next Post: 6 Most Spectacular Things to See From a Dark Site